The wood load was made by hot gluing individual pieces of split wood to the radio box. I chose hot glue for its ease of use and ability to bond rough surfaces. I was careful to remove any visible glue drops and strings, but I'm sure I missed a few. Close up photos always point out what you missed. It took some time, but the finished product is believable as a stack of wood. If it weren't for the antenna wire and power rod protruding from the stack you would never know there was radio and switch hidden inside. Several views of the finished load follow. [Click to Enlarge] 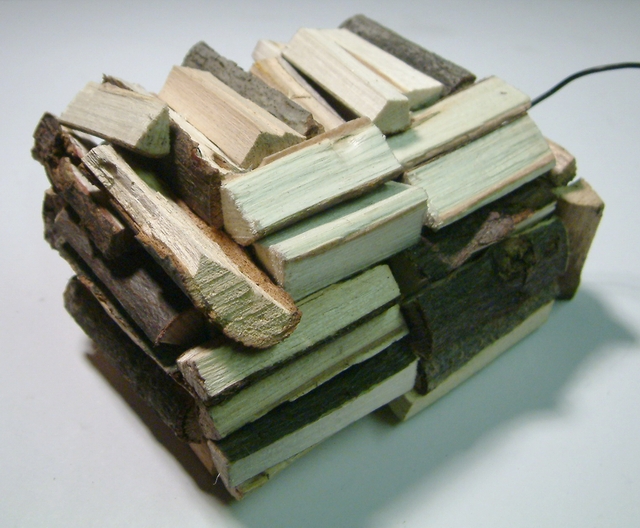 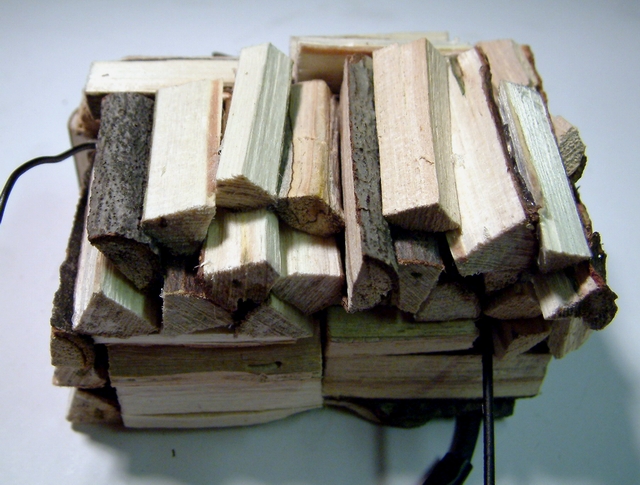 The photos above were taken after adjustments were made. The first attempt didn't quite fit in the rack. Rearranging some of the wood and minor trimming with an Exacto knife allowed the load to fit easily on top of the tank.

With the wood pile fitted inside the rack, the connections between components were made. To eliminate drilling holes in the tank cover, I chose to run the wires through the water hatch. I don't have a plausible prototype explanation for what they are, but I'm OK with that! Here's the load in place and wired up. [Click to Enlarge] 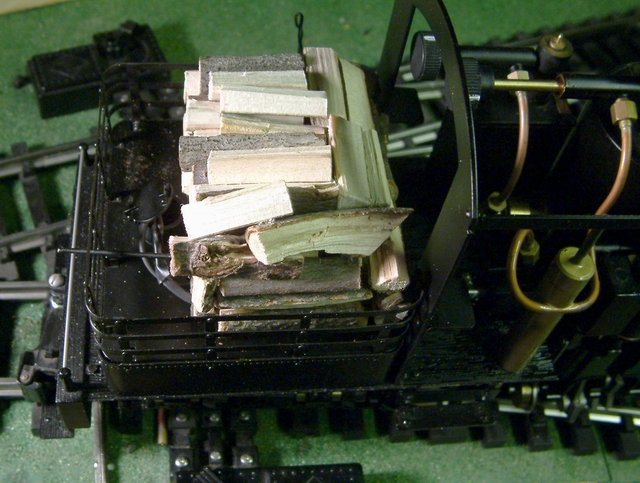 Note the black rod protruding through the back of the rack - that's the on/off switch. Push it in for On and pull it back for off.

I'm happy with the size and shape of the dummy load but it doesn't even come close to representing the huge stacks of wood seen in many prototype photos. I used some left over wood and stacked it loosely around and on top of the dummy load. This helps to hide the on-off rod and make the rack look more prototypically stuffed. The final photo is of the loose wood added to the dummy load. [Click to Enlarge] 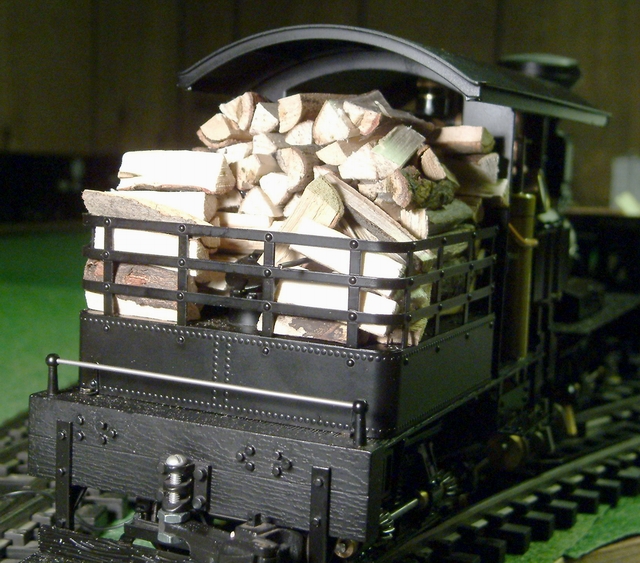 Next up will be the maiden run of this R/C system. I ran it indoors for a few minutes, with the drive line disconnected, to get a feel for the radio and how it will work. I'm sure I won't be happy with the resolution of the radio system - it's only a few notches from idle to full throttle in each direction, but it will work for now. I'll keep saving my pennies for a radio upgrade. When I'm ready, the servo, battery and radio box that I've built can be used for most any radio system I might buy.

Thanks for looking in.